State of the Art Grooming - the perfect breed profile 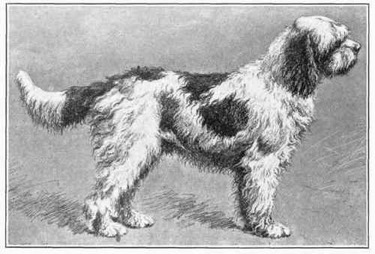 The Barbet is a transitional form in the development from the shaggy Asian Sheepdog to the Poodle. Some canine experts connect both the Barbet and the Poodle to the long and shaggy-coated Steppes Dog, while others see both breeds as Hungarian water dogs. However, France is generally accepted as the Barbet’s native land, since Barbets appeared there as early as the 14th century, though by the 20th century they were close to extinction. In 1970 there was not a single litter found, but the breed was saved at the last minute and the bloodline and its connections preserved. Today only some 200 individuals exist. These "Barboss" were dogs already known to Russia in the 9th century, while in England the breed was mentioned as "Old Rough Waterdog" in the 16th century.

The Barbet’s height is between 45 - 56cm at the shoulder and its weight is 15 - 25kg. The coat may be either wavy or curly and though often black in color, but could also be chestnut, fawn, or grey (with or without white markings), or white. The tail is undocked.